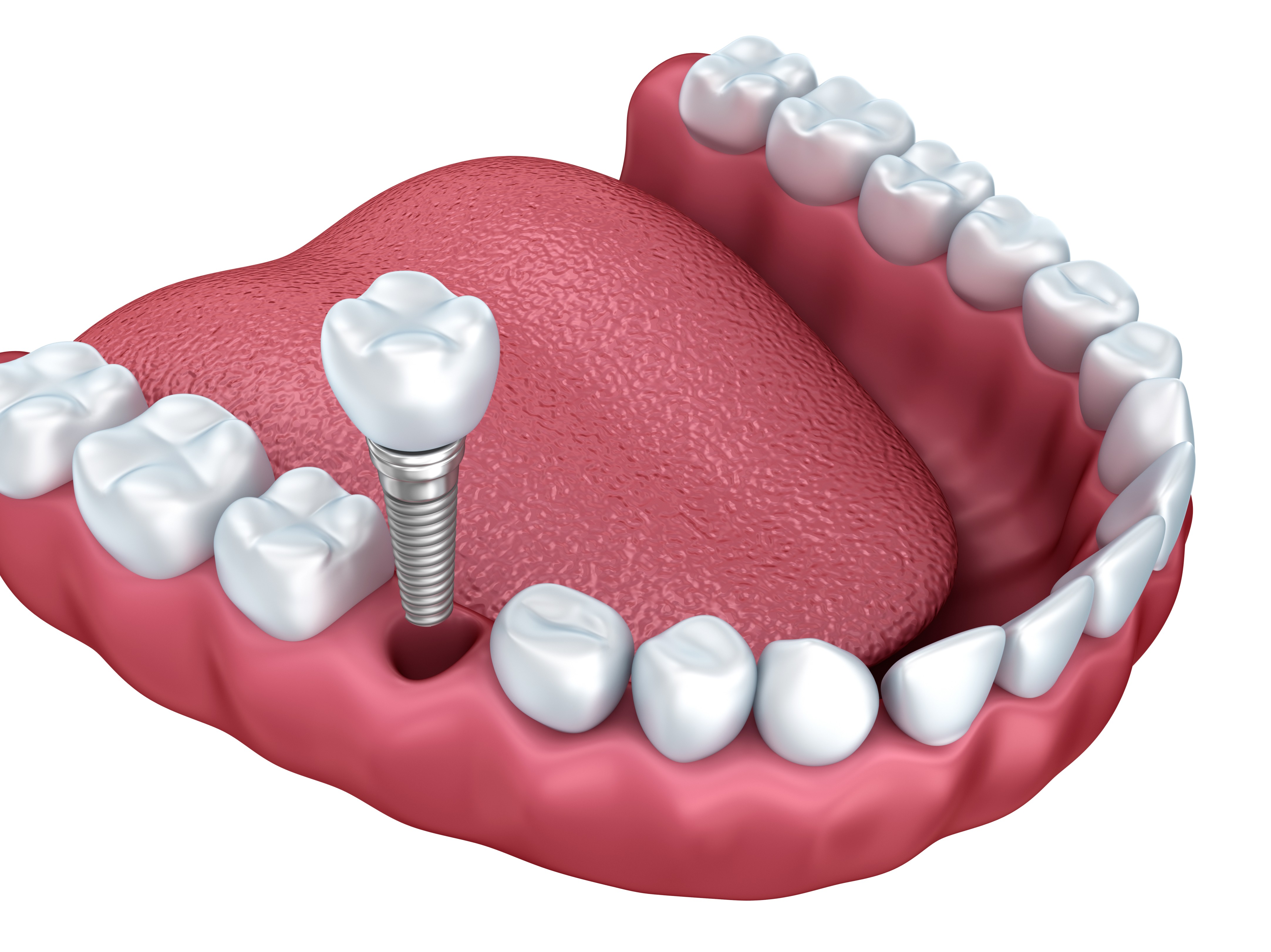 Dental implants are perhaps the best replacement for natural teeth. Dentists widely prefer them to replace teeth that have been extracted due to various reasons. Their excellent benefits, such as strength, stability, functionality, and superior aesthetics, are some of the factors that put them ahead of their alternatives, such as dentures, bridges, etc.

What is a dental implant?

A dental implant is a combination of a metal stud, preferably made from titanium, and a visible tooth crown made from ceramic. The metal stud replaces the root structure, and the crown replaces the visible tooth, thereby helping to restore a tooth in its entirety. The implant will be fixed to the jawbone exactly where the extracted tooth used to be present, thereby restoring both oral aesthetics and functionality.

Why should you choose dental implants?

How is implant surgery performed?

Before confirming the candidacy for an implant, we would screen the oral cavity for several factors such as diabetes, jawbone volume, the overall state of health, healing capacity of tissues, etc. In case any of these factors aren’t satisfying, appropriate treatment will be given before starting the implant procedure.

During the next surgery, the dentist will place a connecting element called an abutment on the implant stud. The ceramic crown is fixed to the abutment using dental adhesives. This prevents the implant crown from slipping off or getting dislocated. Finally, the bite will be evaluated, and the crown will be polished to improve its appearance.

Please get in touch with us through online consultation or by calling us at (301) 663-1144, and we’ll assist you further.

Thank you for Submitting your request. Our Office will get back to you.